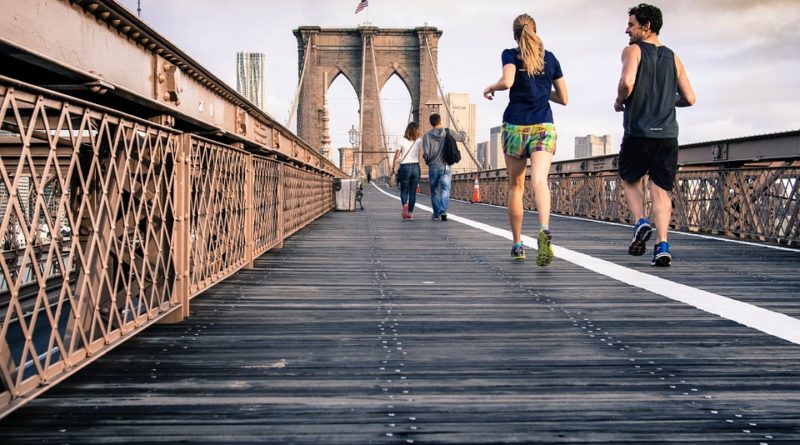 Are you single? If so, then you definitely want to continue reading! Whether you’re single by choice or single because it seems like no one wants to date you, no one can deny the fact that being single sucks at times!

Sure, there are definitely a lot of advantages to being single, but it can get extremely lonely without a girlfriend! There’s just something about having a girlfriend and being in a true relationship that fulfills one’s heart! Maybe you want a girlfriend, but don’t seem to have much luck with the ladies. If that’s the case, maybe it’s time to start exercising!

There are tons of benefits to exercising, but one of the best benefits is that it can literally help you get a girlfriend! It may seem like somewhat of a strange benefit, but exercising will elevate your level of attractiveness to heights that you never thought were possible. Below are 5 reasons why exercising will get you a girlfriend!

This may seem incredibly obvious to most, but it’s also incredibly overlooked. There are many qualities that women find attractive, and one of them is the overall health of their partner. By all means, you don’t need to be a professional football player to be seen as attractive, but being healthy gives you an advantage over those that are unhealthy.

Being healthy is an attractive quality. The exact reason why women find it so attractive is a topic that we could dive really deep into and is a behemoth topic on its own. There are many reasons why women might find a healthy partner more attractive such as the long-term ideal of being together for years to come, being able to reproduce health babies, or just the fact that a healthier-looking human being is just physically more attractive than someone that looks ill and weak!

Sure, a lot of people will argue that it’s character and personality that counts most, which is certainly true. At the end of the day, you could have the best body in the universe, but if you’re an evil person with a horrible personality, no woman would ever want to date you! Unfortunately though, as humans, the initial attraction always comes from the physical appearance. If you already have a great personality, why not have the best of both worlds? By exercising more often, you’re more likely to develop a great physique, which will make an unbeatable team when coupled with your great personality!

While becoming more physically attractive won’t 100% guarantee that groups of women will swarm you, it’ll at least increase your chances of an encounter. It’ll give you a higher probability of catching the eye of someone special!

Sure, there’s some women out there that could care less about how hard-working, driven, or self-motivated their significant others are, but those type of women are few and far between. Seldom will you find a woman that says, “I want a boyfriend that’s lazy and doesn’t want to work hard and fight to achieve his goals!” When you exercise consistently and work your butt off to achieve your fitness goals, you’re setting yourself apart from the masses and labeling yourself as someone who’s worth chasing after!

If you make the commitment to hit the gym, you’re automatically increasing your odds of getting a girlfriend. Dating is essentially a game of numbers. The more women you meet, the more likely your chances of scoring a date and getting a girlfriend! If you’re sitting at home by yourself, it’s very likely that you’re not going to meet anyone new. If you’re going to the gym 7 days a week, you’ll at least have some shot at meeting a new face.

On an even higher note, the women you meet at the gym are likely to be the kind of women you’d love to date! First off, many of them are likely to be in shape and physically attractive, which is a huge benefit for you! Second, and perhaps even more important, they’re likely to have that same level of ambition and desire for personal success that you do. Third, there’s a chance that some women go to gym for the sole purpose of meeting new people, flirting around, and finding a date!

You don’t have to limit your hunting ground to your local gym, either. There are so many places where you could get in a solid workout, while simultaneously meeting many beautiful women. Feel free to brainstorm other fitness facilities that might attract single women. There are so many places such as yoga studios, spas, dance classes, Zumba classes, public pools, martial arts classes, and community recreational sports clubs, where you might just meet the woman of your dreams!

5. Build Confidence in Yourself

Last but not least, you will build confidence in yourself by hitting the gym. This is probably the most valuable asset you could build when trying to get a girlfriend. Generally speaking, woman love people with confidence. Anything that you lack physically can be compensated with confidence.

When you exercise consistently, your level of self-belief elevates to a whole new level. Consciously and subconsciously, you know that you’re become healthier, better-looking, and doing the right thing for both your mind and body. Because you know that your body and mind are being embellished, your confidence naturally increases. You start to walk and talk like a better version of yourself and people around you start to take notice. This boost in self-confidence will not only help you with dating, but it will spill out and make an impact onto other areas of your life.

In conclusion, if you’re single and struggling to find motivation to exercise, understand that hitting the gym might just be your ticket to scoring a hot date. It may take some time, so you’ll need to have a bit of patience when you’re grinding it out at the gym. The lady of your dreams will not magically appear the day that you decide to start lifting weights. Over time, as you become healthier and your self-confidence starts to grow, dating might become as easy as walking on the treadmill for you.

Salutations! My name is David Hoang. I’m the owner of SupplementSuperhero.com, where we talk about a variety of health topics mainly centered around weight loss, supplement reviews, and concepts to help you get the kind of health and body you desire!