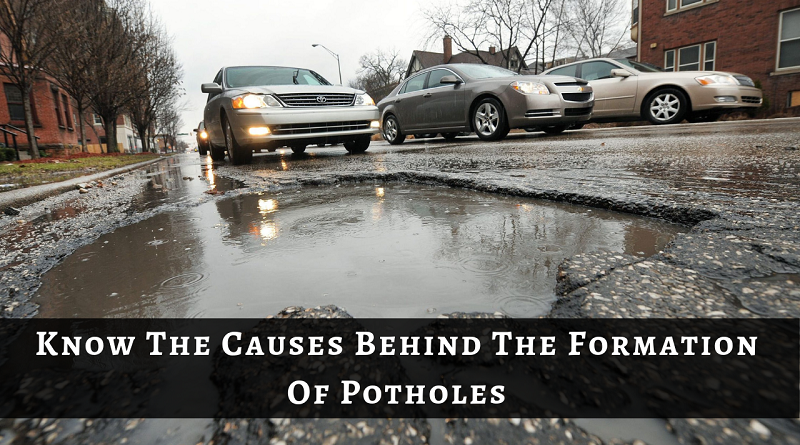 It is quite possible that you would have had the nasty experience of driving your car over potholes and then wondering at the damage this could cause.

You might be aghast when your car rolls perilously when this happens and the sounds and discomfort make you cringe internally.

Sometimes, you can get into a serious problem when this happens. It is your responsibility to try to minimize the shocks and shakes to the car so that you do not have to spend a lot of money trying to repair the damages.

Since we have had such a bad winter, we should constantly be on the lookout for potholes when driving as they can be hazardous.

Due to the severe weather encountered in the winter months, many people experience damage to their tires as they try to maneuver over the potholes.

In Britain alone, it has been reported that it will cost nearly 10 million pounds to repair the numerous existing potholes and the time estimated to do this is around ten years.

This sort of news is devastating for motorists as it is entirely possible to damage your tires by driving over these potholes.

Factors to take care of

There are several factors that people should be aware of on the topic of potholes and the ensuing damages inflicted on the tires of the car. First, you are responsible for the damage when you ride over a pothole!

Thought the roads are government-owned, and they are responsible for maintaining roads, you cannot hold them accountable if you suffer damage to your car due to driving over potholes. You have to repair the tires at your own cost.

When you go over a pothole, you not only damage the tires but you run the risk of the wheels misaligning along with the undercarriage and suspension.

When the alignment of the car shifts, there is every danger of veering off the road and losing control of the car. The result is an accident which could be fatal.

There is no way you can avoid going over a pothole at some time or the other when driving. Since this is something you will have to face, the only thing you can do is try your best to look out for them and drive around them.

If you see one ahead of you when you are driving, slow down the speed and try to drive over it carefully so that the impact is not severe and you do not hit it head-on.

How to locate potholes?

Make sure you check out the roads that you are planning to drive on when you are traveling. There are many websites which have information on the density of potholes in different areas.

Quite a few of them will give you detailed maps of areas to avoid and pinpoint the potholes so that you can skirt around them.

You can look up the search engines on Google to locate these various websites. By paying heed and driving carefully you may be able to inflict less damage to your car.

After the terrible winter we have just had, drivers must be on the constant lookout for potentially dangerous potholes when out driving.

Some of the potholes created by the disastrous winter conditions are tearing people’s car tires to pieces when they drive over them.
It is estimated that in Australia the price of repairing all the potholes on the roads is in the region of $10 million and will take around ten years to repair every single one.

This is bad news for motorists everywhere as the chances of hitting a pothole and having your tires damaged is significantly high.

There are some things though that people need to be made aware of when it comes to potholes and the damage that they inflict upon a car’s tires.

For example are you aware that you are liable for the pothole damage to your car? Yes the roads are owned by the government and it is them that builds and maintains the roads, but they are not held accountable for damage caused by potholes.

This means that you are left with the responsibility for the repairs or can avail the services of pothole repair Sydney.

As well as damaging your car’s tires potholes are notorious for ruining the alignment of your wheels, as well as the suspension and undercarriage of the vehicle.

Perhaps most serious but often the most overlooked problem is when the car’s alignment is affected. As this can cause your car to veer off to the side when you are driving, left untreated this can become a potentially fatal problem.

Now it is a simple fact that during your lifetime as a driver you will encounter many potholes. They are unfortunately a nuisance that cannot be avoided, no matter where in the world you live.

If you come across a particularly big pothole that you believe is going to cause your car and tires some serious damage, the best course of action is to avoid them as best you can.

If this is not an option drive over the potholes at a very slow speed, this should minimize the impact of hitting one.